Why Black farmers opt out of Florida’s medical marijuana boom

Some black farmers in Florida are interested in Florida’s burgeoning $1 billion medical marijuana cash crop but doesn’t have the financial power to apply for the licence.

Speaking with Orlando Sentine, Ray Warthen, a fifth-generation Black farmer, who has already made a mark in Orlando’s Parramore neighborhood, transforming a city lot into a community farm with beehives, bananas, collard greens and other plants said black farmers don’t have the funding.

Warthen and other Black farmers have been left behind in Florida’s “green rush” as none of the state’s 22 licenses to grow and dispense medical pot is held by a Black-owned business.

“As Black farmers, we don’t have the funding. We don’t have the generational wealth that’s been built up from all the previous farmers and farm land,” said Warthen, a 44-year-old lifelong Floridian who grew up in Riviera Beach and now lives in Minneola.

Warthen bought 10 acres in Groveland, where he’d like to grow medical marijuana. But the application fee alone costs $146,000, and the money isn’t refunded if the application is denied. A $5 million performance bond also must be posted. Licenses are capped to only a handful of growers that are reaping a windfall from the state’s more than 630,000 registered medical marijuana patients.

The industry could grow even more lucrative in coming years if Florida joins other states in legalizing recreational marijuana. But so far a tightly regulated market has produced a system where only those with deep pockets and extensive connections can break in and benefit.

Reacting to the development, Bonita Money, executive director of the National Diversity and Inclusion Cannabis Alliance, said revenue from marijuana should be used to help rectify past harms inflicted on people of color — from slavery to Draconian drug sentencing laws that disproportionately locked up Black people.

Unlike other states, Florida has no social equity programs to assist Black entrepreneurs with getting into the marijuana industry.

State lawmakers set aside one license for a Black farmer involved in the class-action Pigford discrimination lawsuit, but it hasn’t been issued. The Pigford settlement addressed racial discrimination in farm lending during the 1980s and 1990s.

Under a new rule, the application fee for Black farmers more than doubled from the $60,830 paid by other license holders. Of the roughly 2,000 Black farmers in Florida, it’s estimated only about 100 are recognized members of the Pigford settlement.

“Right now, what is going on in Florida is just shameful. They have to break this monopoly. There are barriers being put up to exclude folks. It’s not just Black and brown people. States have ridiculous fees knowing no average person could apply,” Money said.

Florida’s medical marijuana industry is tightly regulated. Licenses are capped based on the number of patients, and just one company, Trulieve, accounts for more than 40% of sales.

Florida has what is known as a “vertical integration model,” which means license holders are responsible for growing, distributing and dispensing medical marijuana from seed to sale.

On his resumption of office in January 2019, Gov. Ron DeSantis likened Florida’s medical marijuana system to a “cartel.”

The licenses are so coveted they’ve been sold for as much as $67 million. According to the Office of Medical Marijuana Use, Florida’s 22 license holders operate 377 dispensaries across the state.

As the number of medical marijuana patients rises, the state is preparing to issue 19 new licenses, including the one that is set aside specifically for a Black farmer.

That Black-owned business would enter the market at least five years after the first medical marijuana dispensary opened in Florida.

READ ALSO: US farmers likely to reduce corn planting for upcoming marketing year… This is why 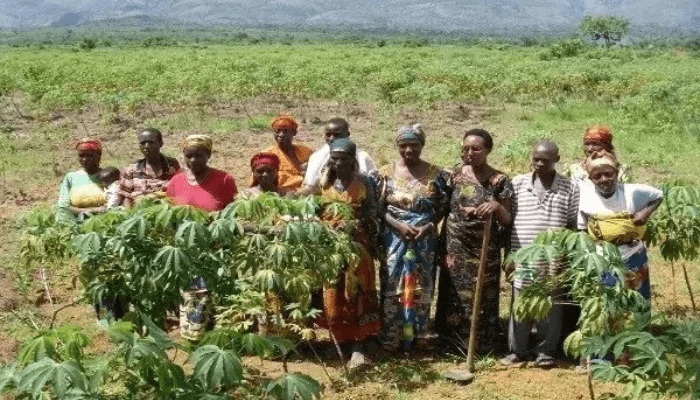 Obla’s Panel Urged To Recover Farmlands From Past Leaders

Add
Thanks for subscribing!